Sea Box International was proud to sponsor and attend the Soldier On National Fundraising Ball 2017. A great night was had by all and Soldier On raised a spectacular $230,000 on the night.

Soldier On’s mission is to achieve the best reintegrated generation of serving and ex-serving men and women in Australia’s history. To achieve this, Soldier On supports those who have served by focusing on their physical and mental health, their family, their community, and their future. 72,000 Australians have served in the Australian Defence Force since 1990, and thousands will be effected by their service, be it physically or psychologically. Soldier On provides a suite of services and access to partner organisations to meet the needs of our wounded so that they can start their journey on their road to recovery. Soldier On supports anyone who has served Australia and their families. This includes those who have served as part of the Army, Navy, Air Force, the Department of Foreign Affairs and Trade, the Australian Federal Police, and the Department of Immigration and Border Protection, which includes Australian Border Force. 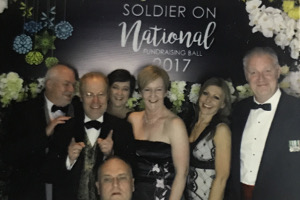 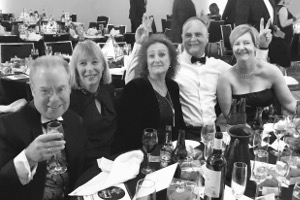